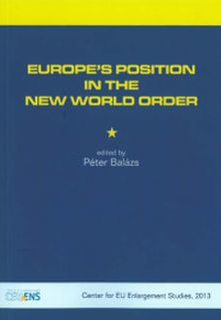 The European Union has succeeded to considerably expand its influence during the past twenty years. The three rounds of enlargement and the strengthening of the EU’s economic and political presence in its neighborhood are among the most remarkable successes of its post-Cold War history. The Union is one of the key facilitators of stability in the Western Balkans; it represents an institutional and normative anchor for countries in Eastern Europe and acts as a partner for a thriving economic partnership with most of the Mediterranean states. During the past few years, however, the changing international order, the deterioration of European competitiveness and the need for internal compromises have begun to challenge the belief in the Union’s future capabilities to actively mold its environment, bringing the problem of the capabilities-expectations gap once again to the fore.

The essays in this book analyze the interaction between two processes: the evolving influence of the European Union in the wider European space, and its adaptation to the changing global environment.