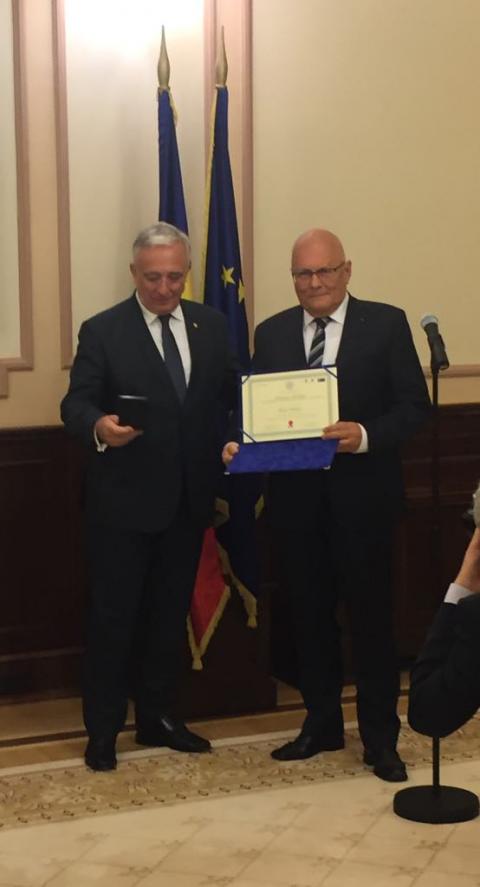 Mr. Péter Balázs, the director of the Center for European Neighborhood Studies was awarded by the National University of Political Studies and Public Administration for his outstanding work at fostering the debate on security and defence in the region. The award was presented by Mugur Isarescu, the president of the Romanian National Bank during the 2019 Bucharest Security Conference. Professor Balázs also participated at the conference in the panel "NATO’s Deterrence and Defence Posture".