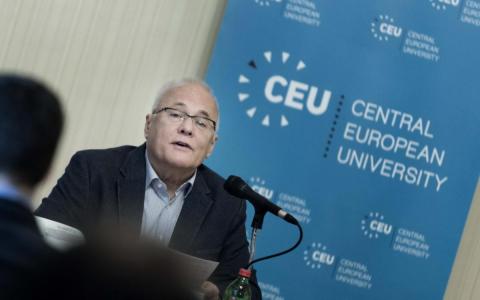 On November 30, 2015, the Center for EU Enlargement Studies of the Central European University, with the support of the Budapest Büro of the Friedrich Ebert Foundation, has organized an international conference dedicated to the role of elections in young democracies of Central and Eastern Europe. With this international conference, CENS aimed to create an opportunity for critical debate concerning elections in post-communist EU member states by discussing the significance of election results and their far-reaching consequences on EU governance.

Free and fair elections are a necessary condition of democracy. In EU member states, national elections can have effects beyond the realm of domestic politics, as the recent elections in Poland, or last year’s presidential elections in Romania suggest. More specifically, aspects of the functioning, identity and future of the EU represent points of debate in national elections, along with EU-wide issues such as migration, the refugee crisis or the rise of populism and extremism.

The conference was structured in two panels: one devoted to country case studies, while the other gave ground to speakers who presented comparative research. Participants represented several countries in the region, including Bulgaria, Czech Republic, Hungary, Poland, Romania, Slovakia and Slovenia.

Two main ideas stood out at the end of the discussions. First, in several Central and Eastern European countries, there seems to be a trend towards a one-party dominated political landscape, while populism and extremism are increasingly worrisome aspects of political competition. The refugee crisis triggered significant debates in some countries, and recent elections document a trend towards policies aiming to strengthen national identity in the detriment of European values, especially tolerance for diversity. Second, political participation is a hot topic in Central and Eastern Europe: protest activity and mobilization through online social networks are increasing. While traditional acts of political participation remain important analytical categories, research needs to consider elections within a broader context that includes social movements, grassroots organizations and online mobilization mechanisms.

The papers presented at the conference are available at the links below:

Radu-Tofalvi - Religious Determinants of Political Participation in Poland and Romania

Smilov - Elections and Fears in the European Periphery

Vit - Socialization of CEE Governments in the EU Environment