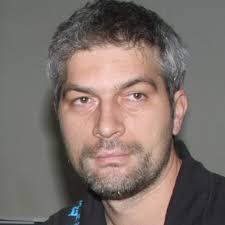 Cosmin Marian is professor of political science at the Babeş-Bolyai University, Cluj-Napoca, Romania. Since 2016 he serves as Chair of the Political Science Department at the same university. He joined efforts with Professor Jeffrey Sommers to create the Society Networked project at the Center for European Neighborhood Studies. His academic work positions him as a scholar with a special interest in political rules design and effects. His scholarship is grounded in theories and methods found in the field of comparative politics and formal rules with applications to institutional design that affects individual behavior and societal outputs. Part of Cosmin's recent work analyzes the anticommons property regime. 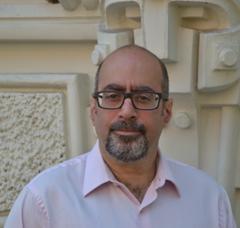 Jeffrey Sommers is professor of political economy & public policy at the University of Wisconsin-Milwaukee. He is also senior fellow at their Institute of World. Affairs. Additionally, he is visiting professor at the Stockholm School of Economics in Riga.

He created with Professor Cosmin Marian the Society Networked project at the Center for European Neighborhood Studies. He also serves as Society Network’s co-director with Dr. Cosmin Marian. This project serves to educate students, media, and policymakers on the delicate nature of society and the need to nourish it in the face of authoritarian alternatives that will emerge to replace society if it becomes weak. Intellectually, the project draws inspiration from the Hungarian political economist Karl Polanyi.

He has held 3 Fulbrights to Europe and has held several other research awards. He has also served in a US State Department team to train US Ambassadors. His academic work focuses on global political economy generally, with a specific interest in the  political economy of austerity. He also examines the role of ‘spatial fixes’ to repair economic crises, and has chiefly done so in the Baltic States. Professor Sommers has published widely in academic, policy and press venues. Of the latter, his work has appeared in The Financial Times, The Guardian, Social Europe, The Nation, The World Financial Review, The Moscow Times and many others. 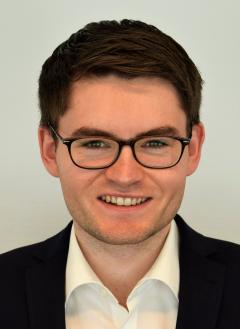 Robert Stüwe is a Research Affiliate at the Central European University, Center for European Neighbourhood Studies (CENS). He joined CENS in September 2018. He is currently writing his doctoral thesis about the EU's integrative power in its external energy relations with a special focus on the role of the Central Eastern European States at the University of Bonn, Center for European Integration Studies (ZEI) where he is coordinating a research project on "Governance and Regulation in the EU". His further research interests include theories of European Integration and International Relations. He has been teaching on the impact of the EU's eastward enlargement on conflict prevention.

Previously, he has worked as a Research Assistant in Brussels for the Bertelsmann Foundation in 2014/15 and has been a GIZ Fellowship Intern at the Friedrich-Naumann for Freedom in Washington D.C. in 2012.

He earned a Master of European Studies (MES) in EU Law / Politics and a Bachelor's Degree in Political Science at the University of Bonn.