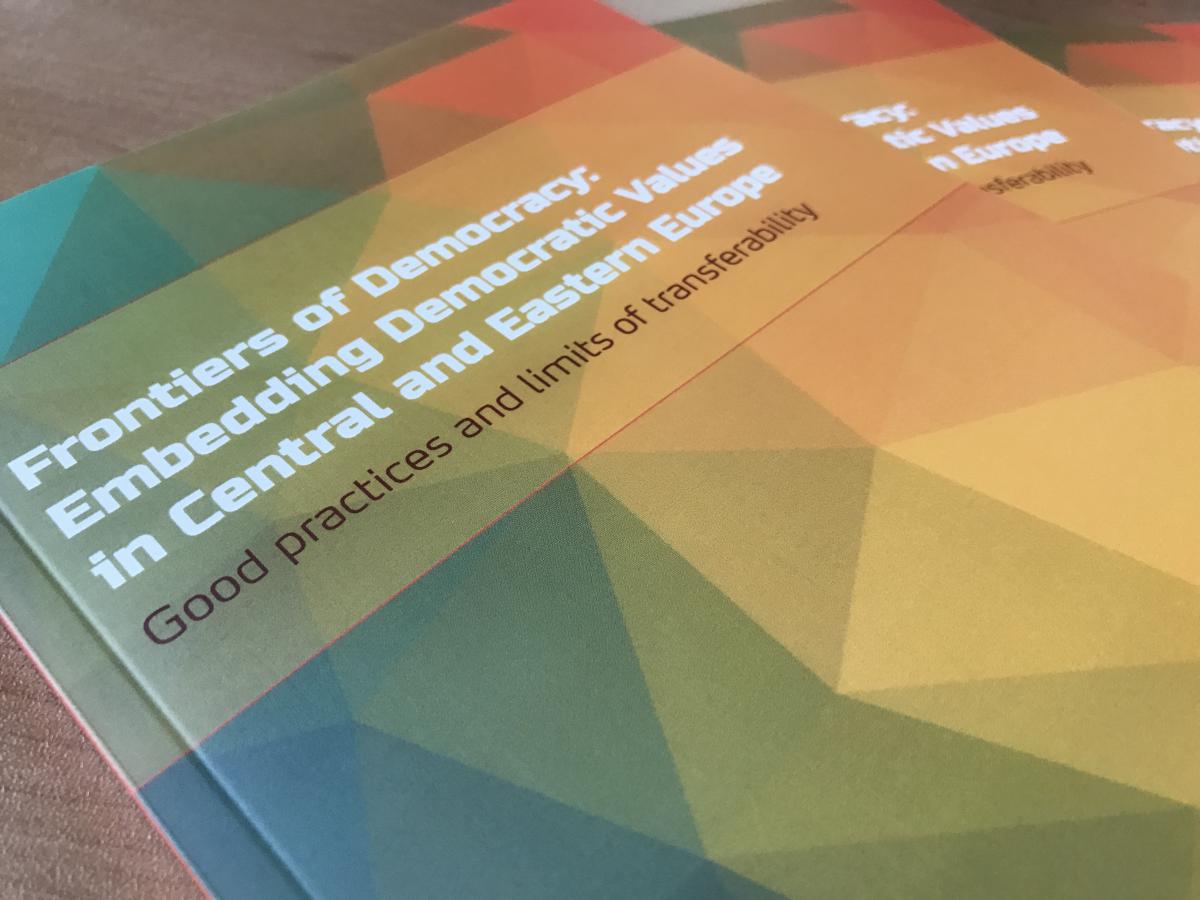 Democratization is a complex process that entails critical choices of new legislative and institutional frameworks, but that should also trigger citizens’ engagement and a change in their mentality reflecting attachment to the new system. Embedding democratic values in a pre-existing value system marred by features of mistrust, fear and corruption created by totalitarian communist regimes and the hardships of transition is a difficult task that can hardly be achieved solely through institutional crafting. To promote active citizenship, transparency, accountability, tolerance and equality in a transforming society, a wider toolkit is necessary: the role of political socialization and civic education including through civic initiatives are essential, while the supporting potential of free media cannot be underestimated. Visegrad countries have long portrayed themselves as “democracy’s new champions”, who, thanks to their own transition, have a unique set of experience that can support the transition of countries on a similar path. But do their experiences provide answers to the needs of countries like Moldova or Ukraine?

This event presents the main findings of the project titled Frontiers of Democracy: Embedding Democratic Values in Moldova and Ukraine, led by the CEU Center for European Neighborhood Studies and financed by the International Visegrad Fund. During 2016, together with five Central and Eastern European partners (EUROPEUM Institute for European Policy from the Czech Republic, the Foreign Policy Association of Moldova, the Institute of Euro-Atlantic Cooperation from Ukraine, the Research Center of the Slovak Foreign Policy Association, and the Kosciuszko Institute from Poland), CENS brought together scholars, civil society actors, media specialists and other stakeholders in a series of workshops to discuss the potential transferability of the V4’s democratic expertise to Moldova and Ukraine. The publication entitled Embedding democratic values in Central and Eastern Europe: good practices and limits of transferability, edited by CENS researchers Bogdan Mihai Radu and Zsuzsanna Végh, identifies and discusses challenges of democratic transition and consolidation in the six studied states.

The organizers provide free copies of the book.
*** A small reception to follow ***

Register by February 24 (Friday) at via e-mail (at veghzs@ceu.edu) or
through our online form here.