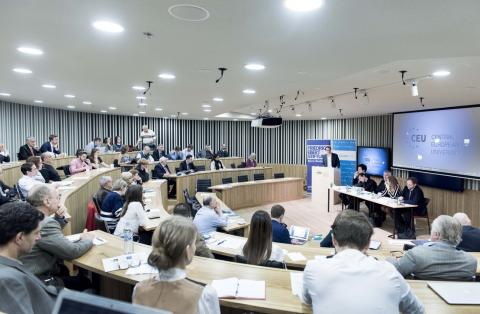 The CEU Center for European Neighborhood Studies (CENS) together with the Friedrich Ebert Stiftung hosted a conference on 21 November 2016 entitled “The state of the Russian Economy and Russia’s development path”.

Discussing the Future of the EU 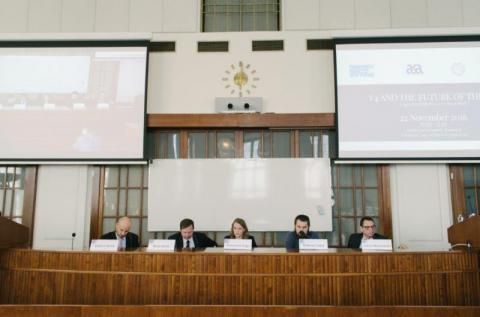 CENS researcher Zsuzsanna Végh has participated in the panel discussion titles "V4 and the Future of the EU. A good perspective, or a dead end?" organized by the Friedrich Ebert Stiftung at the Comanius University in Bratislava on November 22, 2016. The discussion was opened by the keynote address of Slovak Prime Minister Robert Fico.

The speakers discussed the role the Visegrad Cooperation currently plays in the EU, the similarities and differences among the positions of the individual Visegrad countries and whether the V4 is becoming a political block withing the Union.

Event report - "Britain’s Role in the Future of Europe" 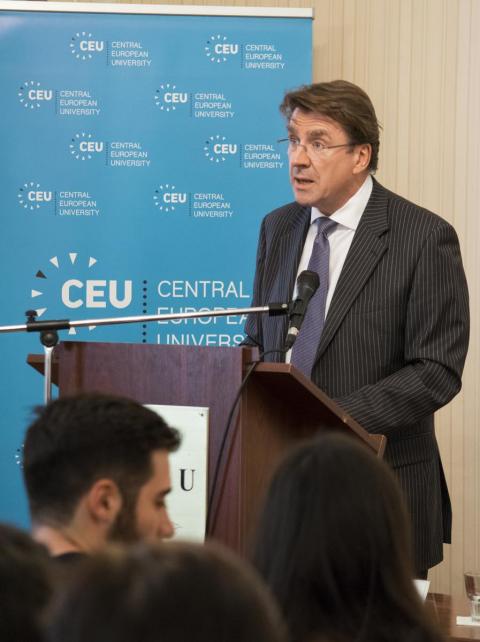 The CEU Center for European Neighborhood Studies (CENS) and the CEU Rectorate hosted a public lecture on 24 October 2016 entitled “Britain’s Role in the Future of Europe”. The lecture was delivered by H.E. Iain Lindsay OBE, Her Majesty’s Ambassador to Hungary to a distinguished group of students, diplomats and university professors. 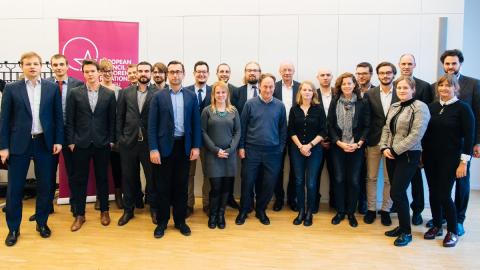 CENS researcher Zsuzsanna Végh participated in the conference titled "Keeping Europeans Together" organized by the European Council on Foreign Relations in Berlin on October 17-18, 2016. The conference brought together ECFR's associate researchers from EU member states to discuss the views from the national capitals, coalitions within the EU and European foreign policy preferences.

Visegrad after the Bratislava Summit 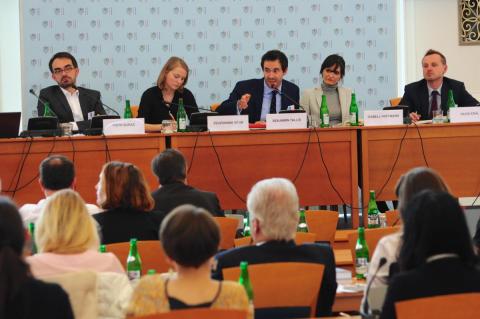 CENS researcher Zsuzsanna Végh spoke at the 8th International Symposium on Czech Foreign Policy organized by the Institute of International Relations in Prague on September 21-22, 2016. The panel discussed the state of political dialogue in the EU after the informal Bratislava Summit organized by the Slovak EU Presidency where the V4 presented its "flexible solidarity" concept.

Find the program and the recordings of the conference panels here.