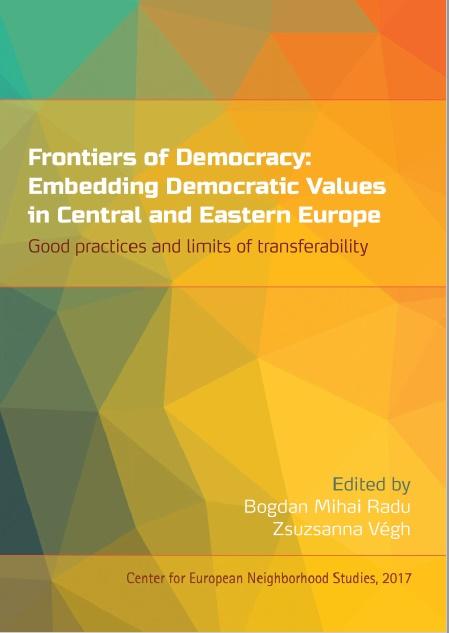 Democratization is a complex process that entails both critical choices of new institutions, and the rooting of those institutions in the societal ethos. Much of the literature on democratic transition, consolidation and Europeanization has been dominated by the study of legal and institutional crafting, especially concerning the post-communist and post-Soviet countries of Central and Eastern Europe, where not only political but also economic and social institutions had to be created in the process of the fundamental transformations taking place after 1989. However, the footprint of a healthy democracy cannot be measured only in terms of institutional performance. It has to also include citizens’ attitudes to and engagement with the new institutions, and, in fact, a general change of mentality that reflects their attachment to the new system. It is people’s attachment to democratic values that may keep governments in check and preclude them from slipping toward populist and antidemocratic measures, when the possibility and temptation to reshape democratic institutions arise.

This volume, focusing on embedding democratic values through the process of democratic transition in the four Visegrad countries (the Czech Republic, Hungary, Poland and Slovakia) and in Ukraine and Moldova, is the outcome of the project titled “Frontiers of Democracy: Embedding Democratic Values in Moldova and Ukraine” led by the Center for European Neighborhood Studies of the Central European University, and implemented in cooperation with the EUROPEUM Institute for European Policy, the Foreign Policy Association of Moldova, the Institute of Euro-Atlantic Cooperation, the Research Center of the Slovak Foreign Policy Association and the Kosciuszko Institute. Beyond a general overview about how democratic values become rooted in societies during transition and specifically during transition in Central and Eastern Europe, the chapters of this volume discuss youth political participation and socialization, civic education, the role of media in democratization and the development of values such as tolerance and diversity, or transparency and accountability.