Turkey and EU in Common Neighborhoods 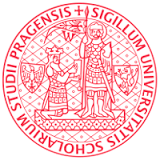 In the framework of the project entitled "V4 and Turkey: Foreign Policy and Development Assistance in the EU Neighborhoods", CENS researcher Zsuzsanna Végh participated in the conference "Turkey and EU in Common Neighborhoods: Perspectives from the V4 and Germany" organized by the Charles University in Prague on April 27, 2016. She participated in the discussion about the potential for V4-Germany cooperation in the neighborhoods, also discussing the role Turkey could and should play.

See the program of the event attached.