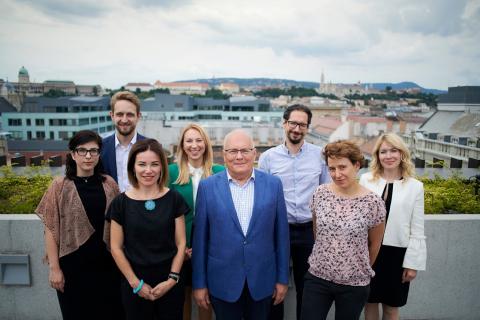 The Center for European Neighborhood Studies (CENS) is an independent research center of the Central European University (CEU) located in Budapest, Hungary. Its main goal is to contribute to an informed international dialogue about the future of the European Union in the world, while capitalizing on its Central European perspective and regional embeddedness.

The strategic focus of the center is academic and policy-oriented research on the place and role of the European Union in its rapidly changing and increasingly volatile neighborhood. Through its research, CENS seeks to contribute to the understanding of the environment where the EU, its member states and partners need to (co)operate, and it aims at supporting the constructive development of these relations by providing opportunities for discussion and exchange. The center’s geographic focus areas are Central and Eastern Europe, the Western Balkans and Turkey, Eastern Europe, the South Caucasus and Russia.

CENS is looking for a research assistant